Accreditation process is Guaranteed and Stress free with Us.

We provide Accreditation from any of the following Accrediting bodies: 1.SETA (Sector Education and Training Authority) 2. QCTO (Quality Council for Trades and Occupations) 3. DHET (Department of Higher Education and Training) Professional Bodies, e.g. The Institute of Certified Bookkeepers (ICB), City & Guilds International. We proved help regards to the extension of scope with your current SETA and programme approval with a secondary SETA.

Our Training Material packages are designed and developed for Accreditation Standard and NQF aligned.

We help you preparing DHET (Department of Higher Education and Training) application documents and submit on your behalf.

1. How will I receive my materials ?

We deliver within 24 hours and Material is made available to you in the form of a electronic download link.

2.  Is these materials customizable ?

By using  word processor  you can completely customize your materials.

3. What  if the SETA requires changes to be made to the materials which I have  purchased from you ?

we will complete such remediation at no further cost to you.

We operate in line with Seta and SAQA requirements, as well as Private Training Providers relevant legislation and our client base is spread across South Africa.

We have been assisting training providers with SETA Accreditation, and Azandie & Associates Consulting specializes in the supply of only the highest standard in quality NQF aligned learning Material packages.

Also, our comprehensive consulting approach to accreditation services ensures the guaranteed and stress-free accreditation process toward these accrediting bodies :

Fourteen years experience in Training and assisting training providers with ETQA Accreditation and our Training Material solutions are generally rated in highest in quality standards.

SAQA has unveiled a digital certificate
Saqa has unveiled a digital certificate to help students with foreign qualifications by reducing the time it takes to get the outcome of an evaluation,Digital Certificate of Evaluation reduces the lead time it takes to reach the qualification holder because it can be shared in real – time and can be verified in real-time as evidence to support applications for further studies, visas, employment, registration and /or

Saqa has unveiled a digital certificate

The digital seal and certificates make use of a secure link to the Saqa database, where all evaluation outcomes are stored and confirmed. Saqa survey showed that 76% holders of digital certificates had been accepted by the institutions and 68% said it was easy for them to get the certificates and be able to use them.The survey also showed that more than 50% use the digital certificates to further their studies, while 28% use them to complete visa applications. Samuels said the digatal certificate would reduce the issue of misrepresentation of qualifications and fraud.

Learn More
Get your SETA Accreditation Quick & Easy with Us.
NQF Aligned Learning Materials For Sale
Courseware Design and Development
Previous
Next

What is SETA Accreditation ?

SETA Accreditation is awarded to providers who offer outcomes-based learning programmes aligned to the NQF registered unit standards and qualifications.

SETA Accredited providers offer training that is recognised by an ETQA

Accredited Training providers ensure that learning and assessments result in nationally recognised credits, and ultimately in the achievement of a formal qualification.

Accredited providers may decide to diversify at a later stage, and you need only apply for an extension of accreditation for those qualifications, skills programmes or unit standards you wish to add.

We complete an  SETA Application form on your behalf.

We deal with the SETA for clarification on any queries that may arise during the Accreditation process.

We induct a Pre-Site Visit Consultation for preparation of Training Premises to ensure Compliance with  SETA requirements.

We provide Mentoring and Coaching Services during accreditation process.

We complete an  QCTO Application form on your behalf.

We deal with the QCTO for clarification on any queries that may arise during the Accreditation process.

We induct a Pre-Site Visit Consultation for preparation of Training Premises to ensure Compliance with  QCTO requirements.

We help you preparing DHET application documents and submit on your behalf.

We deal with the DHET for clarification on any queries that may arise during the Accreditation process.

We induct a Pre-Site Visit Consultation for preparation of Training Premises to ensure Compliance with  DHET requirements.

We provide Mentoring and Coaching Services during accreditation process.

List of SETA Training Materials for Sale
How Much will Accreditation cost me ? 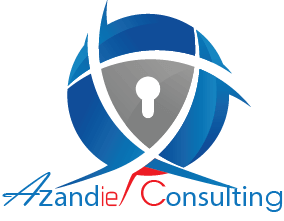